I’m still suffering with triangular stars caused by pinched optics, but last night I decided to head out and enjoy some astronomy anyway. I’m still a relative beginner at astrophotogrpahy and there’s always something to learn even if the telescope is misbehaving.

The weather was clear and very cold. Frost formed on the car and on the telescope’s hard case (although not on the telescope itself) and my DSLR chewed through 2-and-a-half batteries during the course of a few hours. I was wearing three pairs of socks, and I got numb feet. On its own, the temperature isn’t so bad – you could easily keep warm if you were walking etc. But for astronomy, the aim is to stand as still as possible to avoid wobbling the telescope or breathing steamy breath on the mirrors and lenses.

Nonetheless, I braved the cold and persevered to bring you these pictures in the comfort of your own chair. 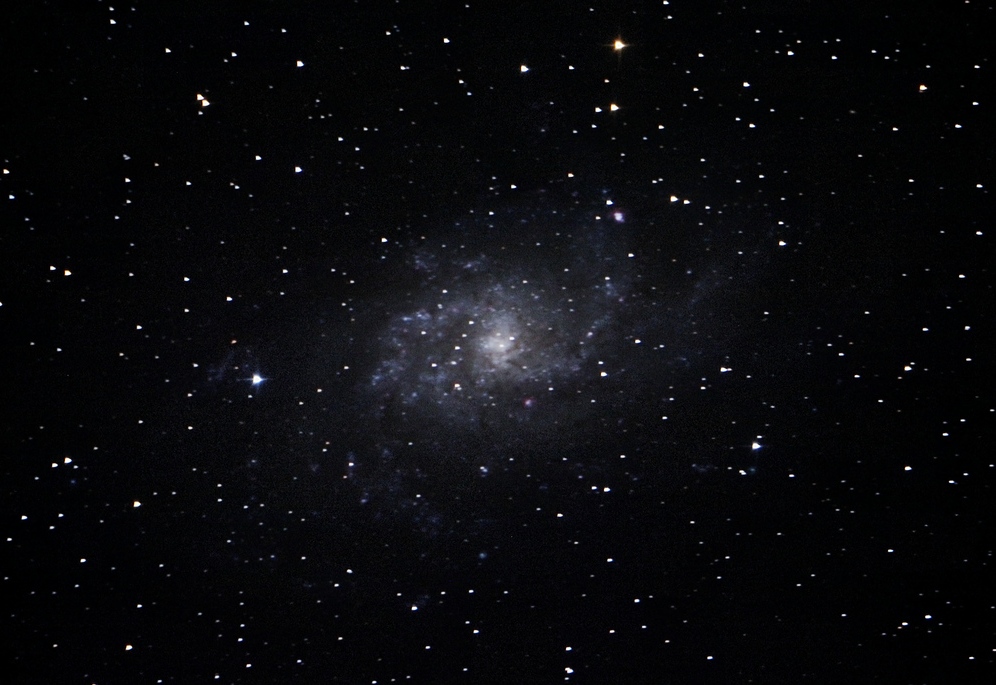 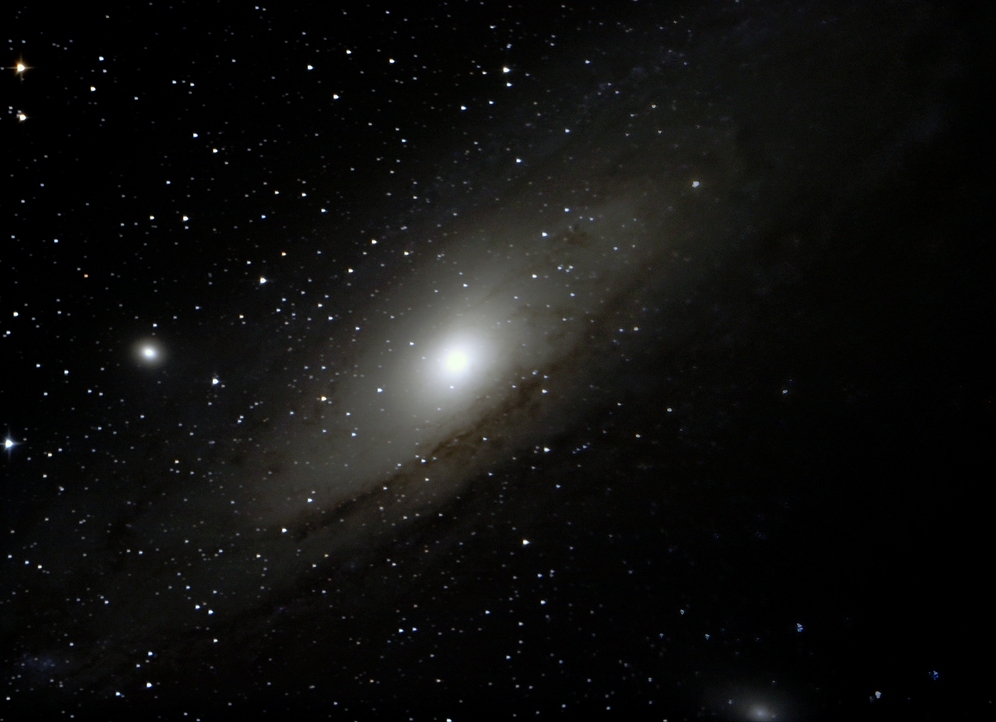 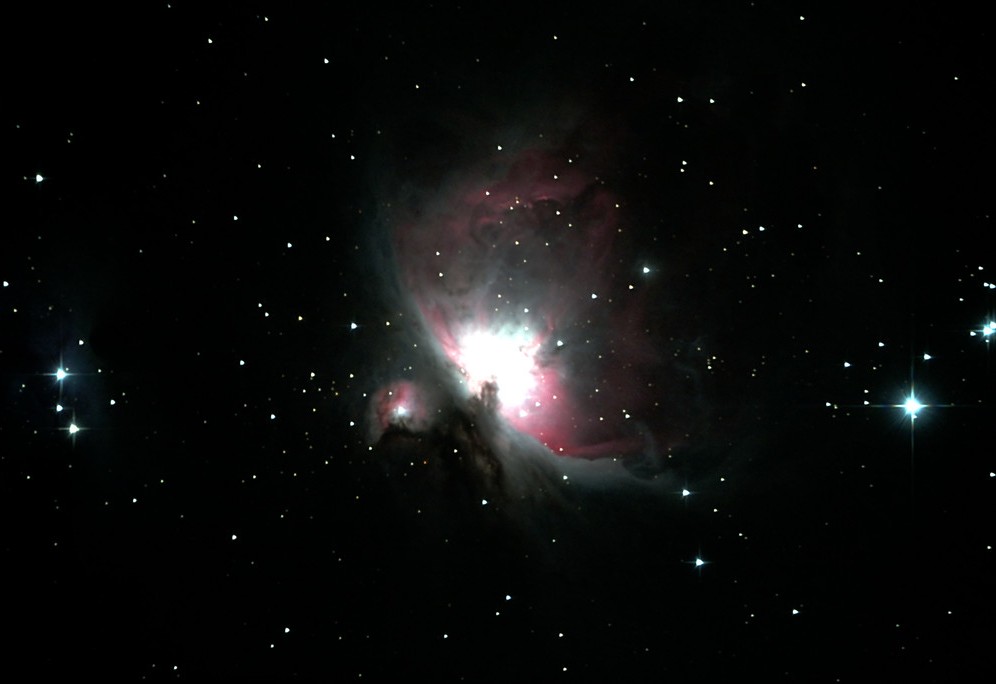 From left to right, we are looking at M33, the Triangulum galaxy; M31, Andromeda galaxy; and M42, the Orion nebula. The M-numbers refer to the Messier catalogue, named after its author, Charles Messier, who compiled the list in 1771. So the theory goes, if Messier could discover and catalogue these objects with 1770s telescopes, it should be easy for a beginner in this day and age to see them too. That said, there wasn’t much light pollution in Messier’s day 😉

I’ve photographed Andromeda and the Orion nebula before as they are two of the brightest and most famous objects in the Messier catalogue with impressive magnitudes of 3.4 and 4.0 respectively (the lower the number, the brighter the object). These objects can both be seen with the unaided eye on a clear night in a dark place. The Triangulum galaxy is a bit dimmer with a magnitude of 5.7 and this is the first time I’ve attempted to photograph it – or even observe it. On that basis, I’m pleased with my result.

Hopefully before too long, I’ll get the pinched mirror fixed to cure the triangular stars. Then I can concentrate on my astrophotography technique and I ought to be able to achieve significantly better than I’ve done here 🙂